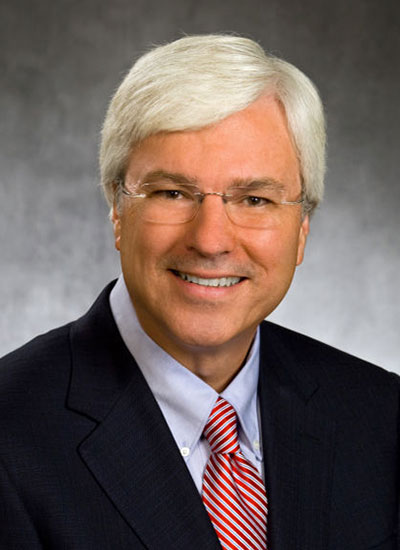 Dr. Byrne served as president of St. Mary’s from 2004 to 2015. During his tenure at this 440-bed hospital, St. Mary’s completed a $182-million expansion, transitioning to a HIMSS Stage 7 electronic health record and opening a free-standing satellite emergency center. St. Mary’s is part of SSM Health, the first health care organization to earn the Malcolm Baldrige National Quality Award. St. Mary’s has received Wisconsin’s Forward Award, and the Governor’s Award of Excellence. It was designated one of the 100 Top Hospitals in 2006 and one of the 50 Top Heart Hospitals in 2014. At the time, the hospital was one of only 42 in the country to have been awarded Magnet Recognition for Nursing Excellence by the American Nurses Credentialing Center three times.

In 2011, Dr. Byrne was recognized by Modern Healthcare and Modern Physician magazines as one of the “50 Most Influential Physician Executives in Healthcare.” He was named to Madison’s In Business magazine Hall of Fame in 2012, and received the In Business “Executive of the Year Lifetime Achievement Award” in 2015. He was named a “Champion of Women’s Health” by the Wisconsin Women’s Health Foundation in 2012 and “Citizen of the Year” by the Glacier’s Edge Council of Boy Scouts of America in 2014. He received the University of Wisconsin Department of Family Medicine John Renner MD Wisconsin Idea award in 2011, and was designated a Sagamore of the Wabash by Indiana Governor Joe Kernan in 2004.

Prior to St. Mary’s, Dr. Byrne held a variety of clinical, administrative and governance leadership roles at Parkview Health in Fort Wayne, Indiana. Early in his career, he practiced pulmonary and critical care medicine in Fort Wayne for 12 years.

Dr. Byrne has significant corporate governance experience, serving on the boards of two publicly-traded companies, including Lincare Holdings, an oxygen and medical equipment company, from 1999 to 2012, and Steel Dynamics Inc., the nation’s fourth largest producer of carbon steel products, since 2005. He has also served on the board of not-for-profit hospitals and health systems, health plans, multi-specialty physician practices, foundations and other not-for-profit organizations. Dr. Byrne served as Senior Executive Advisor of HealthX Ventures until 2017.